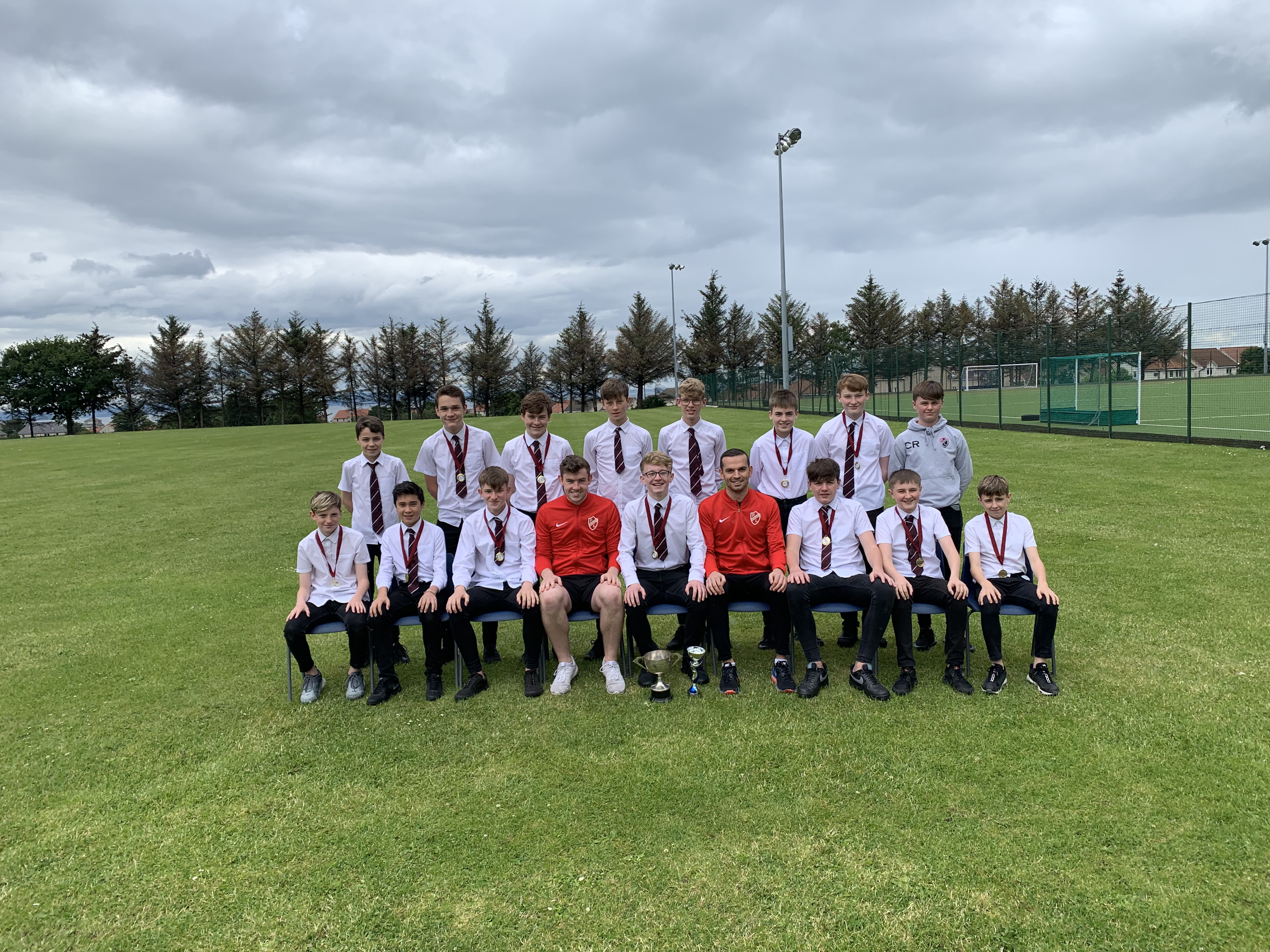 Both our junior and senior girl’s teams started the season by competing in the Scottish Cup.

Our senior team were unlucky to lose out to a strong Inverurie team. The girls were only able to field 10 players but in true PL spirit the dug deep a fought hard for one another. Near the end of the game as our players began to get tiered Inverurie were able to take advantage and put the game beyond our reach.

Our Junior team came up against Lasswade High School in the first round and were convening winners. Our under 15s did extremely well to make it to the last 16 of the Scottish Cup where they came up against a much more experienced Inverkeithing side. The played some excellent football and kept working until the final whistle but unfortunately the girls lost out.

PL attended numerous 7 A-Side tournaments this year, these competitions took place through EL and were an excellent way of getting the girls more game time.

Many girls have experienced success with their clubs, it is fantastic to have so many girls playing outside of school and we hope to emulate this success next year within school

Preston Lodge U13s had a successful first season with the boys reaching the Semi-final of the Scottish plate only to be beaten by Levenmouth Academy 3-2 with a last minute goal.

As well as this the boys won the regional 7-a-side competitions and also finished second in the league after only one defeat.

In addition to this boys have stepped up to play with the U14s and helped the team win the league.

However the boys are the first PL team to win back to back leagues. In the league the boys have lost one game 3-2 to Ross High. For the season they have scored over 40 goals and conceding 8. The team have also had some S1s stepping up to play with the team to get experience. They were also involved in the youth games team. The boys had to win their last game by 6 clear goals and won 7-0.

The boys met Ross High in the East Lothian cup final. They represented the school well taking the lead in the game. However Ross High brought it back to win the final 4-2 unfortunately.

A massive congratulations to the Musselburgh Windsor U15s team who won the Scottish cup against Tynecastle. Murray Gilfillan and Daniel Combe were involved in this and this is a great achievement for both boys.

U16s- This is the same with the U15s that there is no league structure at U16s in East-Midlothian. The boys again played Broughton in the Scottish Cup and played really well but unfortunately lost 3-2 from Broughton who went on to get to the Scottish cup final.

The boys continued their season with a run in the Lothian cup final. The boys had played well in the group stages which seen them qualify for the quarter finals and semi-finals of the cup. Unfortunately they were beat in the semi final but had a great run in the cup.

U18s-  Our boys have a mixed season. In the Scottish cup they reach the last 32 of the cup after a good win against Broughton high school 6-2. In the next round we got a tough tie against St Thomas who went on to win the league and cup in the lothians.

The boys qualified for the East Lothian cup final after wins in the group stages and seen us play Ross High in the final. After taking the lead the game was taken away from PL until two goals in the last minute seen PL and Ross high take it into extra time and penalties. The boys lost on penalties 8-7